Can you help the little peoples achieve their ultimate goal of connection? Can you shake 'em all? Move each hand through various puzzles to reach each other and achieve Handshake nirvana!

Handshakes is on Steam! Including Achievements, a Speedrun Leaderboard, Level Selection and some quality of upgrades.

If you've enjoyed Handshakes we'd appreciate a wishlist over on steam :)

We are currently working on an enhanced version with more polish, more mechanics and more levels.

So if you enjoyed the game, and would like to see more, follow one of the developers and you'll be notified once we release the page for the new version!

If there is anything you'd like to see in Hands On, feel free to leave us a comment, and we'll be sure to forever immortalize you in the game credits if we implement it. :) 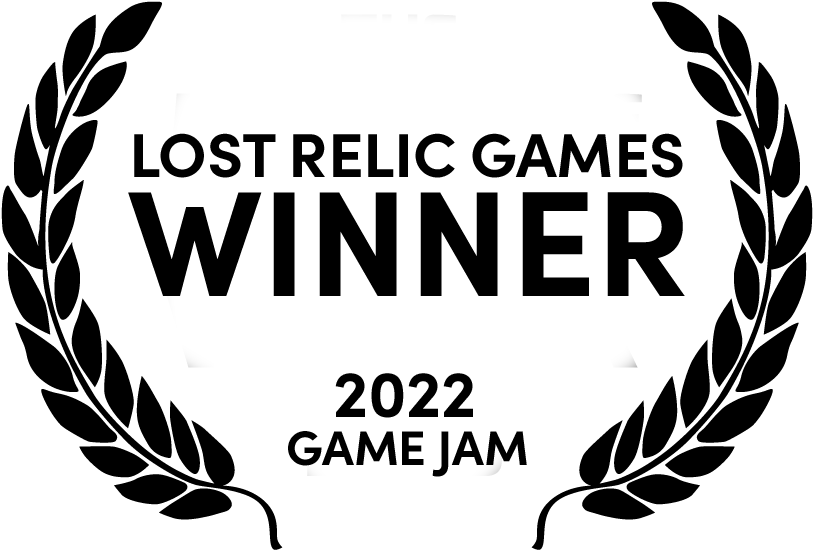 🥳🥳 We got top in Game Design and were featured amongst the best in the jam! 🥳🥳

* Fullscreen might not work in all browsers (Chrome / Edge / Firefox should be fine).

Great game and looking forwards to the full release! Level 27 had me stumped for a while. If you're stuck at any point, read the level name, it'll help out a lot.

Wow! This is a very nice game to do whenever you're bored or just looking for a brain tickling game! I know level 9 caught me off guard for sure, Keep up the Good work Pet Pumpkin!

Simple, elegant and fun puzzles that didn't feel frustrating to play. Only ever felt stuck when playing level 15 but that's because I didn't realize you were able to do what one needed to do to complete the puzzle. Great job :)

One of the GREATEST wastes of time EVER.
Imagine if people could make level editors to make their own puzzles, so this game could be infinitely playable.

Wooo really cool! Got to level 13 but had to leave :( Hope I can come back later to beat it! Great puzzle game. I like the way it gradually teaches the player new mechanics, increasing the depth of the game. The learning curve is pretty well implemented.

i got stuck on level 16, this game is so cool

Thanks for playing! Here's a visual tip for ya :) get to this point and you're nearly there 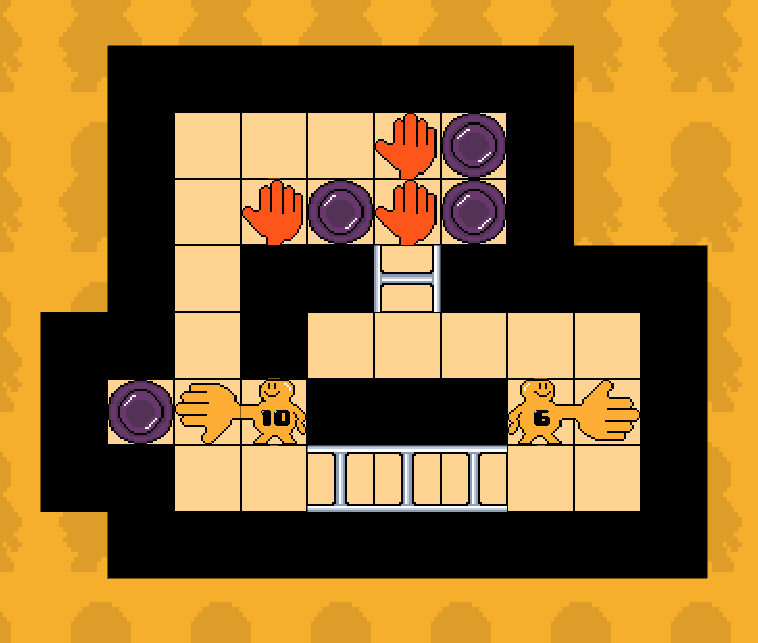 1. Push the box down to the bottom.

2. Pull the right arm all the way back to the body.

3. Use the right arm again to push the button, keeping the arm close to the bottom wall this time.

4. Move the right arm through the open door and shake hands with the left.

it will be great to add workshop on steam version

The Enhanced Version will have a level editor :) we're excited to see what others can come up with!

not ryan here, but his friend. throws me straight into 20 and makes me complete the game. i hate this game and love it. easy mechanics, brain thinker, and just challenging enough to make me say kurwa but not throw the laptop out the window.

all and all, good soup.

Love this. The puzzles, the music, the morbidly large hands, everything.

Short and sweet! I thought the level titles were actually a great way at hinting to the player, it helped a lot on some of the later levels. It's *just* difficult enough to make you feel smart, but never enough to the point of frustration.

If this is getting a full release, I think it's worth considering  nonlinear level progression; giving the player multiple levels to tackle means they're more likely to try another instead of quitting entirely when they get stuck.

I also appreciate your restraint in seeing how far you could push designing levels with just 2 types of buttons, crates, and on/off doors. You wrung a lot of variety out of that! If I could add one new object, I think a tile that rotates the character would expand on the game's core idea of positioning and character manipulation.

Thanks for your detailed comment, recommendations and wishlist! All very much appreciated :D. The rotation block is something we've got planned, it's a tricky mechanic but I agree, it will open up a plethora of puzzle potential

Very fun puzzle game! even someone with 2 braincells like me can actually finished the game. Soundtrack sounds perfect too.

whoa, I remember playing this game in the lost relic jam and thoroughly enjoying it. Congrats on winning and getting to be played on gdq

I love this game so much ! This is such a lovely game to play in your free time, and I especially loved playing this while on VC with my bf ! I absolutely cannot wait for a full version of this game. Amazing job developers :)

This game is so good!

could there be different colors of the hand dudes

it would be fun to have a easy and randomly generated ones but that seems a bit too hard... this was a great game, reminds me of strong pill

The puzzles are very fun to solve! I greatly enjoyed playing this game and its such a fun concept to just try to get a handshake from another person with long arms.

Very fun game. It gives off the vibe of being easy at first and then ramps up. I think the handshake idea is wacky and fun.

Thanks! Glad you enjoyed it :)

😊 that's what we hope for

Ok so basically this game Is amazing

This game was amazing! I love puzzle games like this one, so I already knew when I first saw this game that I was going to like it. The levels were so creative, and I loved how they had the perfect balance of being challenging enough to engage you, and being easy enough to keep you going through each one. Not enough puzzle games achieve this balance, so I was really happy to see that this one did. I would definitely recommend this if you want to play a short and well-crafted puzzle game.

Thanks for the kind words, we're glad you enjoyed it :)

I'm so thankful this game exists! Simple yet challenging.

We're thankful for your kind words :>

Straight to the point and very addictive game!

🤯 the puzzle you got stuck on is one of my favs :>

Cool puzzle game. I think it's a funny game mechanic that you can cut off the hand and push it around. Really nice.

It would be great if the two little guys would have a different color (or another indicator), so it's easier to know which one is which.

Thanks for the suggestion, that's definitely something we'll be doing :)

Yes. Cut you'r friends hands and move them around Dahmer style so you can handshake them, a completely normal day.

Well according to the ending i gotta say this in hope it gets added, a third friend whos handshake is sideways, then both the starters handshake he appears and handshakes them, pretty cool, eh?

Next time I'm near some people who're shaking hands, I'm reaching in to become the glorious third hand. What a beautiful sight that would be.

Reply
I want a drink105 days ago

I'm gonna be the fourth

I've shaked my friend hand but what cost? I can still feel my arms. 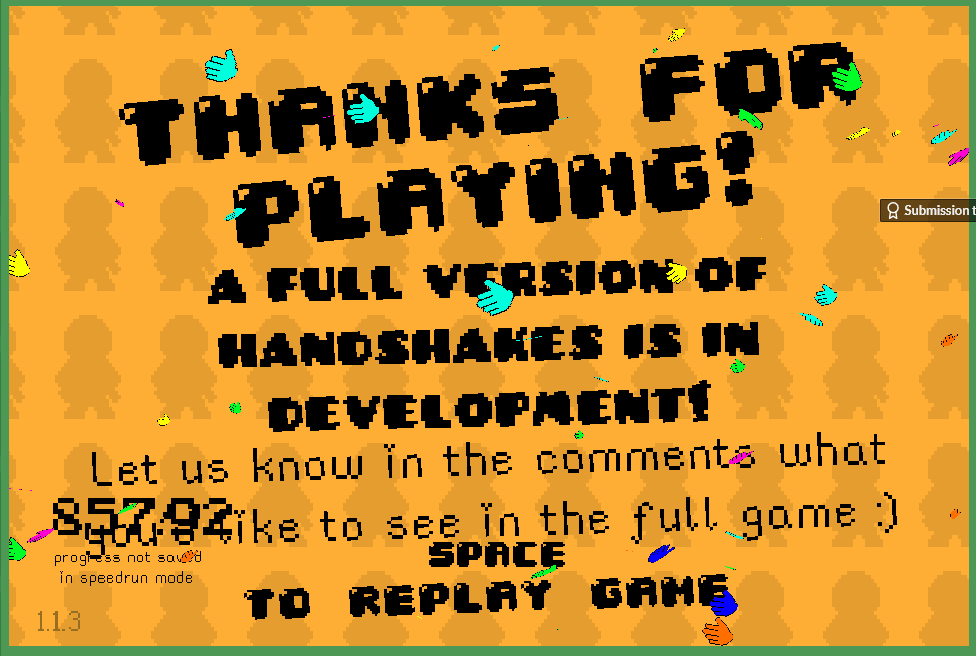 i did it again 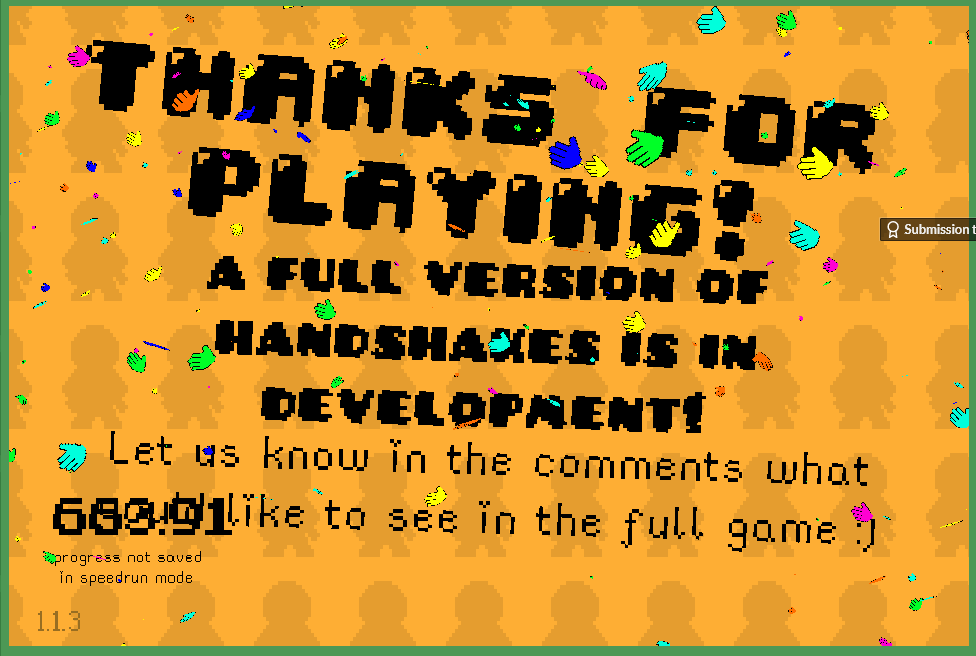 Great job on achieving that time! There is probably someone who has a faster time. But when we do eventually put a leaderboard into the game, then your name will surely be into it! :)

if there is one i will beat it

This is the video of the guy who did it.
Reply
View more in thread
MattFondude138 days ago(+3)

Really fun puzzle game looking forward to seeing more of this in the future!

Thats awesome! Thanks so much for taking the time to play and stream our game :)

Hi! I play your game with the steam deck... and it is amazing!... I'm planing making more of that! What do you think?

Thanks for sharing, so happy to hear that you were able to enjoy the game with your daughter! <3
Too bad the Linux build did not seem to work for you, I installed it on my deck (Q2) by using the itch.io app and it actually ran fine. Maybe it's a difference in model?

HI! it could be the way I added the game to the library (I didn't use the itch app) Need to check that! I will let you know.

was reminded of this game and remembered that an update was coming, so i came back to check it out! i like the creativity in the new levels and the skip button was a nice for me to see more of the game without frustrating my tired brain at this time of night. this update was just what i was hoping for with this game :]

also, i like that each level is named! both because theyre funny/cute and theyre helpful hits for how to approach each level, which is always much appreciated

Nice game!  Odd that you can cut your hand off and push it around, but sorta funny in the same way.  The puzzles are well made too.  Great job! 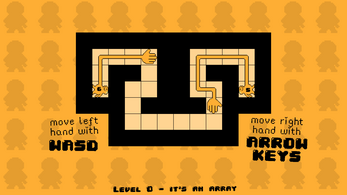 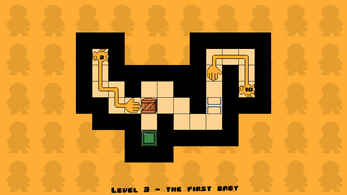 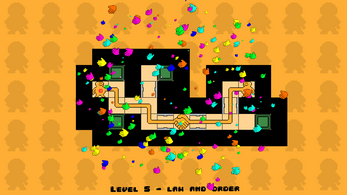 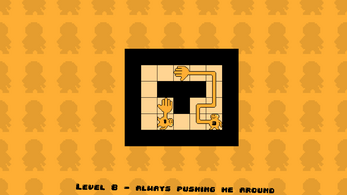 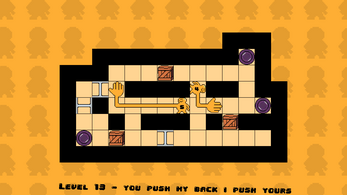